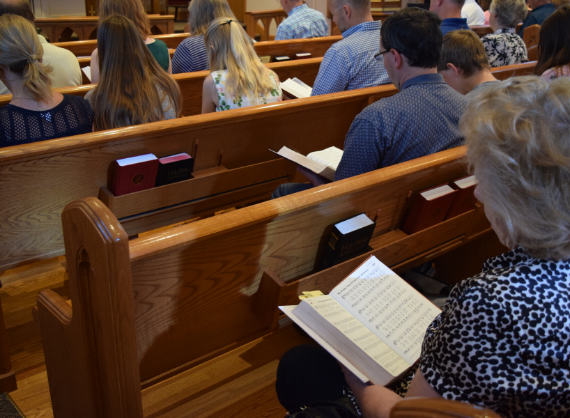 In Need of Peace—the Peace of Christ

I have told you these things, so that you may have peace in me. In this world you are going to have trouble. But be courageous! I have overcome the world. (John 16:33 – EHV)

If you are like me, you have been praying for peace lately. For almost a week, hordes of individuals have been taking to the streets, looting and destroying businesses, churches, and other buildings; and attacking law-abiding citizens, politicians, and law enforcement personnel. There is major upheaval going on in our country right now. And so, we pray for peace. We pray that cooler heads will prevail, and that law and order would be restored.

The Greatest War Story Ever Told

I hope that you took a few moments this Memorial Day weekend to say, Thank you, thank you, thank you, to all our men and women of the military who are currently serving or who have served us and our country in the past and especially those who gave the ultimate sacrifice of their lives so that we could enjoy our earthly freedom. Memorial Day is one of the “official” days each year that we set aside to remember the work of the many individuals who have served or are serving in the military and the many people who have died to protect our freedoms. Many of us know someone who has or is serving, and many of us know someone who died for our freedoms. If your outdoor barbecue over the weekend involved a few veterans, no doubt some good “war stories” were told over a burger and some cool refreshments.

Are we Putting God to the Test?

Then the Devil took him into the holy city. He placed him on the pinnacle of the temple, and he said to him, “If you are the Son of God, throw yourself down. For it is written:

He will command his angels concerning you. And they will lift you up in their hands, so that you will not strike your foot against a stone.” Jesus said to him, “Again, it is written: You shall not test the Lord your God.” (Matthew 4:5-7 EHV)

As we return to public worship, one concern that God-fearing Christians might have is, “are we putting God to the test?” And we most certainly think of the verses above, which are part of the temptation of Jesus. Satan took Jesus to the highest point of the temple, about 450 feet above the Kidron valley below, and told Jesus to cast himself down. He even cited a passage: Psalm 91:11-12.

Our God Alone Can Save Us

Praise the Lord. Praise the Lord, O my soul. 2 I will praise the Lord as long as I live. I will make music to my God as long as I exist. 3 Do not trust in human helpers, in a mortal man who cannot save you. 4 His spirit departs. He returns to the ground he came from. On that day, his plans have perished. 5 Blessed is everyone who has the God of Jacob as his help. His hope is in the Lord his God, 6  the Maker of heaven and earth, the sea, and everything which is in them. He is the one who stays faithful forever. Psalm 146:1-6

Safe and Secure Under the Watch of the Good Shepherd

My sheep hear my voice. I know them, and they follow me. I give them eternal life, and they will never perish. No one will snatch them out of my hand. (John 10:27-28 –EHV)
Like many of you, I grew up watching Looney Tunes (or any other reiteration of the classic cartoons). One of the lesser known, yet still memorable, series involved two main characters: Sam the Sheepdog and Ralph Wolf (who looks exactly like Wile E. Coyote but with a red nose). After the two clock in, Sam the Sheepdog takes his spot on top of a hill or cliff watching over the sheep in the valley below. Ralph Wolf tries everything in his arsenal just to get a sheep, who are defenseless against him. Like Wile E. Coyote, he tries a variety of Acme products to no avail. He often reverts to disguises—other sheep dogs, a bush, or even dressing up like sheep. Sometimes it seems as if he is actually going to get a sheep—but he never does. Sam the Sheepdog always catches him in time and saves his sheep. And you know that no matter how grave the situation may seem, there really is no chance that Ralph the Wolf is ever going to get a sheep when he is up against Sam the Sheepdog.
Read more ...

Be Patient – God Is In Control!

What parent has not experienced this scenario in some form or fashion? Children testing their parents' patience. Kids almost seem to have an inborn trait that knows exactly how to push their parents' buttons. 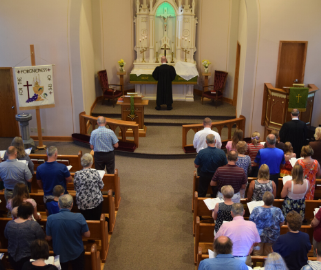 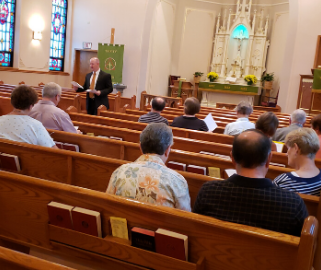 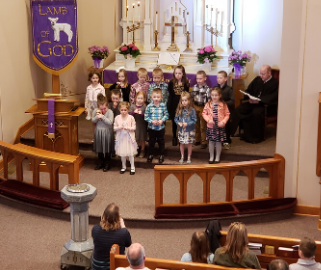 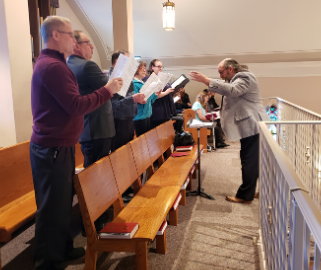 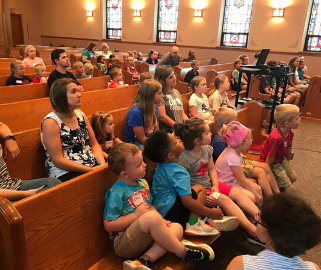 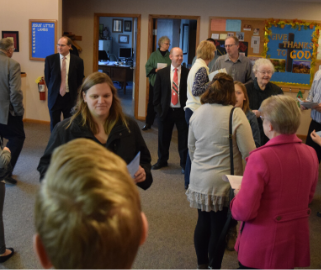